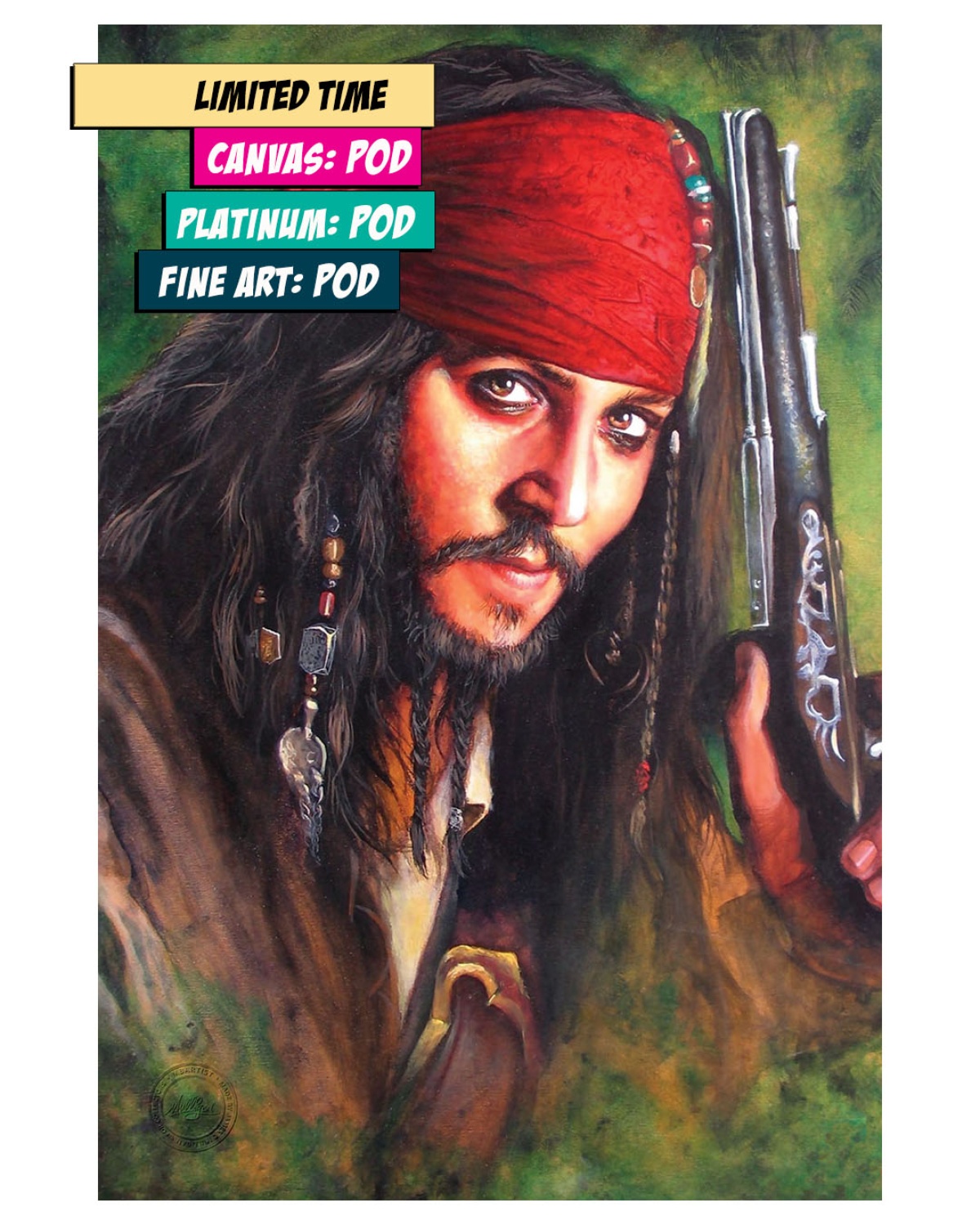 “Johnny’s seen this and it pleased him, so that was good enough for me…” - James C. Mulligan

From the archive of Disney artist James C Mulligan, a portrait of the antihero character “Jack Sparrow” from the Pirates of the Caribbean film franchise.

In 2003, Walt Disney Pictures introduced the world to the pirate character, Captain Jack Sparrow. Portrayed by legendary actor Johnny Depp, and created by screenwriters Ted Elliott and Terry Rossio, the rogue pirate lord mixes wit and negotiation with courage and will to survive adventures on the high seas. The character base was described as a mix of rock and roll God and guitarist Keith Richards (The Rolling Stones) and Looney Tunes cartoon character Pepé Le Pew.

“Johnny (Depp)’s seen this and it pleased him, so that was good enough for me. The original was painted in oil, an early step in my return to the media after some encouragement from Joe Rubinstein. The dry time with oil is very different and can be a challenge, but I loved the resulting richness of color that you just can’t get with acrylic.” - James C Mulligan