TEENAGE MUTANT NINJA TURTLES: DROPPING IN - from the archives of James C Mulligan
<p>&ldquo;I worked to distinguish Jennika from the other turtles, giving her some more feminine nuances&hellip; but maintaining her strength and presence as a warrior.&rdquo; - James C Mulligan</p>
https://www.youtube.com/watch?v=8QOv7bykBeY
TEENAGE MUTANT NINJA TURTLES: DROPPING IN 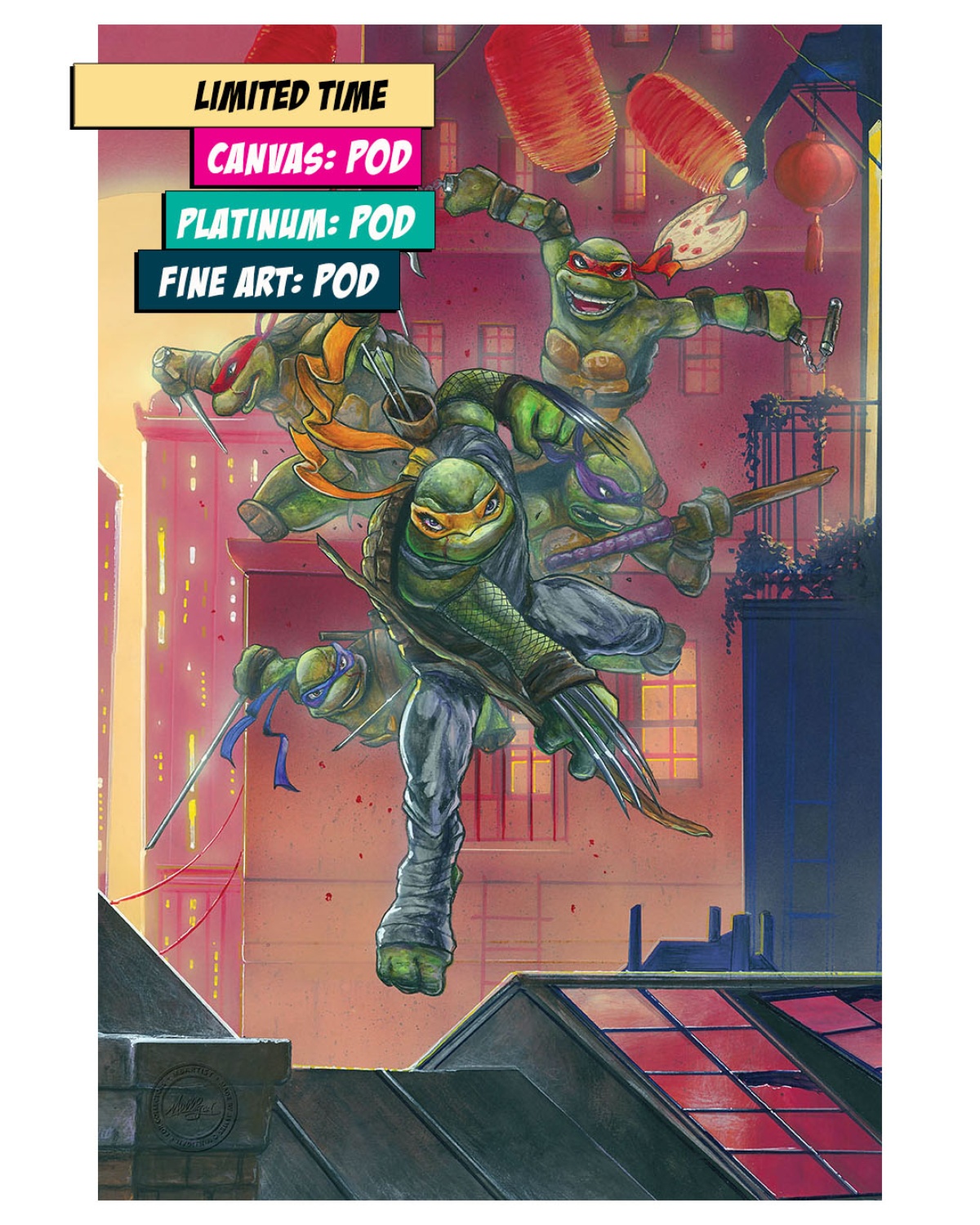 “I worked to distinguish Jennika from the other turtles, giving her some more feminine nuances… but maintaining her strength and presence as a warrior.” - James C Mulligan

Created by Kevin Eastman and Peter Laird and published in comic books by Mirage Studios, the Teenage Mutant Ninja Turtles expanded quickly in the 1980s and 1990s to include cartoon series, feature films, video games and toy collections. In 2011 IDW Publishing introduced a new comic book series featuring the TMNT, and introduced a new character - Jennika. This warrior woman started as a member of the Foot Clan, who earned the trust of the turtles team but fell in battle during the ‘City at War’ storyline. A blood transfusion from Leonardo (turtle) saved her life but transformed her into a turtle as well. In issue #97 she receives her mask; Yellow, based on the blonde hair she had as a human woman.

“This is one of the early comic book covers I created, working with Nick (Dwertman) at Slabbed Heroes. I worked to distinguish Jennika from the other turtles, giving her some more feminine nuances like thicker lashes to soften her look compared to the boys, but maintaining her strength and presence as a warrior.” - James C Mulligan